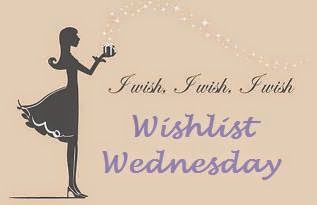 It's my first post for Wishlist Wednesday!  This is a meme hosted by Pen to Paper.  The idea, as you may have guessed if you aren't already aware, is to share a book that is on your wishlist!  It can be something that's maybe been sitting in your wishlist for quite some time, or maybe it's something you just discovered and are really anxious to get and start reading!  It isn't really about hoping someone sees your post and grants your wish (though it would be nice if I had a Fairy Godmother for my wishlist!) - it's just another fun way to share books you would like to get on your shelves, and to see what others are wanting for theirs.  You might find something new to add to your own list!

Anyway, my Wishlist Wednesday today is about Lady Cottington's Pressed Fairy Book, by Terry Jones  with artwork by Brian Froud.  Here is the description, copied from Goodreads:

In 1995 Lady Cottington's Pressed Fairy Book was released to an unsuspecting public. Called "an unstoppable phenomenon" by its publisher, it became an immediate international best-seller. Now 2005 can be named the Year of Lady Cottington with the 10th anniversary of the publication that first exposed the world to the science of fairy exploration.

This volume records in authentic facsimile the latest incarnation of this notorious book along with eight additional pages and enhanced artwork throughout, virtually overflowing with freshly flattened fairies. Former Monty Python member Terry Jones and artist Brian Froud provide a new introduction to place the book in its proper perspective, offering insight into the book's often maligned historic relevance. As a bonus, included is an incriminating DVD showing rare film footage of the elderly Lady Cottington in her garden demonstrating her fairy-squashing technique, as well as a photo gallery, desktop wallpaper, and screensavers. 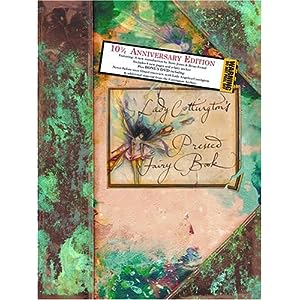 I remember seeing this book at Barnes & Noble when it first came out, and wanting it desperately.  I never did get a copy, but every time we went in a bookstore, I would try to find it so I could look through the pages and admire the artwork.  I knew about the hobbies of pressing flowers, butterfly collections, etc., but I was truly enchanted with the idea of pressed fairies.  What little girl wouldn't be?

I adore Brian Froud's art; I have a book of faerie art he did, and the deck and book set of faerie oracle cards he did the artwork for.  His style is so whimsical and captivating.  And how could I not want a book written by Terry Jones, of Monty Python fame?  I am a huge fan of Monty Python - though I was not back in 1995 - so knowing who the author is just makes me want the book even more.  I can never find a copy at the Half Price Books, though, when I go, and I never feel like I can justify the price Amazon lists it as; too many adult financial responsibilities I should take care of first, and other "luxury" purchases that take priority.  I know $30 is, in essence, not really all that much money, but I just cannot justify spending that on one book right now, and I think I am not the only one who would feel that way!

And so, I continue to pine.  One day, though, this will be mine!  And I'll treasure it all the more for having waited so long to finally have a copy of my own.

So what's on your wishlist?