A Time to Kill

John Grisham's first novel, A Time to Kill, is a courtroom drama set in 1980s Clanton, Mississippi.  A 10-year-old girl is raped and left for dead by two men, who are subsequently arrested for the crime.  The father, Vietnam veteran Carl Lee Hailey, acquires an M-16 and kills them both as they exit the courthouse after their hearing.  This seems pretty cut and dry:  except it becomes a huge controversy in the small town, because Carl Lee and his daughter are black, and the two men are white.  These days, most people I think would either think "so?" or else would not admit to having a prejudice, but this is a small Southern town with a mostly white population, and being that it is the 1980s, the Civil Rights Movement really wasn't all that long ago.  So there is a strong racial overtone to the issue, and this sets the stage for the rest of the book, especially when Carl Lee's trial makes national news, and the KKK gets involved.

I'll be honest with you guys.  Courtroom drama and legal thrillers are not really my thing.  Sure, I am studying criminal justice as a minor, but my concentration is in forensics:  I'm more interested in the investigation and laboratory analysis side of things, not so much the hanging-around-in-a-courthouse-and-meeting-with-lawyers side of things.  So if this book had not been assigned for the criminal justice class I've been taking this summer, I would probably not have ever bothered to pick this up.  It was my first time reading Grisham, and may well be the last.  I know he is a best-selling author, but this just was not for me.  I haven't seen the movie adaptation, so maybe adding a live-action element makes the story more compelling, but as far as the book goes, I was actually pretty bored through about 99% of it.

What didn't I like?  Well for starters, I wasn't fond of any of the characters.  I tried really hard to like Jake Brigance, at least.  He's Carl Lee's defense lawyer, and the main protagonist of the story.  But I just could not bring myself to side with him.  I mean, I didn't want a conviction for Carl Lee, because given what happened to his daughter, I am totally okay with him shooting the men responsible (side note, the book actually starts off with the rape, which was not easy to read, so if you are an especially sensitive person, you may or may not want to skip it).  As a lawyer, Jake seemed alright.  I don't really know any lawyers, personally, but Jake seems to want to keep things ethical, and I can respect that, but that's as far as any positive opinion about him goes.  He and his legal team sit around getting drunk an awful lot of the time when they're supposed to be meeting to discuss the case, which I think is more than just a little unprofessional.  A man's life is on the line, and if he is convicted, then his wife and kids are screwed, too, since they're already struggling to make ends meet while he's out of work.

Jake and most of the other male characters are also very sexist, which I guess is to be expected since they're in Mississippi.  Their ideas about the roles of men and women come straight from the 1950s, Cleaver style.  Even when Ellen Roark, a liberal yankee law student, shows up to offer her services to Jake as his law clerk for the case, she's more a prop than anything else.  She is a champ at drafting briefs and doing thorough legal research, sure, but she spends a lot of time preparing margaritas and being bra-less eye candy than anything else.

The only other characters I wanted to like were Lucien and Dr. Bass, because I thought they might be of some comic relief, and maybe they were supposed to be, I don't know.  But they're alcoholics.  Which...whatever, but they're pretty much constantly drunk and/or drinking, and even though Lucien is not officially a part of the legal team, Dr. Bass is supposed to be providing expert witness testimony for the defense, and it's a major concern whether or not he'll be sober in the courtroom.

Anyway, so I couldn't find anything about the characters that I liked.  When it comes to the story, I wasn't very invested in that, either.  The bulk of it is just Jake and everyone else boozing it up and somehow managing to prepare some kind of a defense for the trial, while shit gets real with the arrival of the Klan and the NAACP and the local black churches rounding up as many other black people as they can to come to Clanton and hang around to show support for Carl Lee.  I don't know if the image on the cover of this book is meant to be symbolic or what, but I kept waiting for Jake to be captured and made an example of by the KKK or something, but that never happened.  They never manage to kill him, though not for lack of trying.  I guess if I had bothered to look up the rest of Grisham's books, I would have seen that since Jake features in later novels, obviously he wasn't going to die in A Time to Kill, but oh well.

The only part of the book I found remotely enthralling is at the very end, during the jury deliberations.  I don't want to say too much, because if you're like me and you'd never read this book (or never seen the movie either, I guess), I don't want to give too much away, but I doubt if I'll be going out of my way to watch the film and I probably won't be reading much more Grisham, if any, since it looks like the rest of his books are either like this one or they're that one that was made into the movie about Tim Allen and Jamie Lee Curtis deciding to not do Christmas one year but then SURPRISE their daughter or something is coming home and even though she's not a child, you don't want to disappoint your kids on Christmas or whatever I guess is the point of that one, I don't know.  But I digress, because that is not the book I'm reviewing here.

The long and short of it is, I did not particularly care for A Time to Kill.  I didn't hate it, but it bored me and if it hadn't been assigned for my class, I probably would have gone my entire life without ever reading it and I would have been okay with that.

Film Adaptations:
A Time to Kill 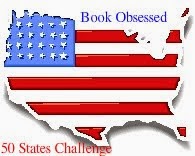 Check my progress on the challenges this book applies to!