Standing in the Light

Standing in the Light:  The Captive Diary of Catharine Carey Logan is a fictional diary by Mary Pope Osborne, written for the Dear America series.  Caty Logan is a 13-year-old girl living with her family in the Delaware Valley in Pennsylvania.  The Logans are Quakers - a pacifist religious group that began in England and spread to North America in the late 1600s, when some of them emigrated to escape religious persecution.  Quakers have been historically very politically active in the fight for universal civil rights and gender equality, although they also tend to practice modesty and humility in general behavior and appearance (at least during the time in which this book is set).

It is 1763, just after the French and Indian War, and Caty is worried because there have been reports of raids on farmers around the valley, in retaliation of the English government going back on their treaties with the local villages regarding land ownership.  Caty's father believes that their family will be safe if they show the Indians that they trust them, and has faith in the friendly relations the Quakers have had with the Delaware Indians in the past.  Despite this, however, Caty and her brother Thomas are taken captive on their way to school one winter morning; after hearing the rumors at school of people being scalped, Caty fears the worst.

After a while, Caty loses track of the days, though curiosity and what seems like admiration causes her captors to allow her to continue writing in her diary, and from the day she and Thomas are taken, the book becomes a letter to their father, in case it should ever find its way back to him.

Once the small party reaches a village, Thomas is taken away:  will she ever see him or the rest of their family again?

I read this book from start to finish last night, and I'm honestly not 100% certain how I even feel about it.  On the one hand, I liked it, because I'm a fan of historical fiction anyway, and I tend to love the Dear America books.  On the other hand, parts of the middle-to-end of the book triggered things for me that I was not expecting.  So just FYI, there is a small romantic element to this book, and it's very bittersweet (or at least it was to me).

The beginning was a little slow and kind of typical coming-of-age tween angst sort of stuff, with the whole "hey there's a boy I used to be very good pals with, but he's been gone a short while and look, now he's the most handsome boy around and I am confused by my feelings for him" angle.  But Caty forgets about that guy pretty quickly after she and her brother get captured by the Lenape raiding party, and over the course of her time in the village, she matures quite a lot both emotionally and spiritually.

Don't get me wrong, this is not a preachy, religious-themed book.  But Caty's family's Quaker beliefs factor pretty deeply into her perception of her experience, and have a lot to do with her inner turmoil regarding how she finds herself thinking and behaving.

One thing I actually really liked about Standing in the Light is that Osborne has written a book which gets the reader  thinking more about seeing issues from multiple points of view, no matter how controversial.  Of course, the target audience for this series is middle-graders, and I think that's a pretty key age group to try and get across the point that there is more than one side to every story, and that no matter how different someone else may be from you, their way of doing things and their way of looking at the world is equally as valid as your own.  There is also a lot to be said about humility and forgiveness, which I feel are good traits to instill in kids at a young age, regardless of your belief system.

The only thing I'd say I found to be a little disappointing is that there seemed to be an element to the story that was developing, which ended up getting left alone.  With Caty's dreams and the interest she seemed to take in White Owl's role in the village, I thought for sure she was well on her way to following in that same path; instead, events take another turn completely, and while I knew I should be happy for Caty, the way it went down was just sad.

Of course, as with all the Dear America books, Osborne included after the epilogue an informative section about life in America during the time in which the book was set, specifically as it relates to the people and events in the book.  I always love reading the historical notes, and I kind of wish there would be more made-for-TV movies or something based on these books because of the historical interest.  The American Girl movies are fun to watch, and this series is very similar to those. 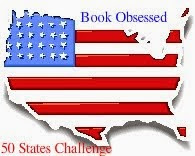 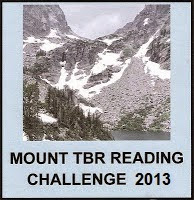