Karen Miller's fantasy duology, Kingmaker, Kingbreaker, begins with The Innocent Mage; Asher is a humble fisherman's son, the youngest of several, and the unspoken favorite.  His father is getting old, however, his health and spirits never quite the same since his wife's death.  Asher vowed to himself that he would leave their village of Restharven and make his way inland to the city; there, he would find a way to make a fortune.  The idea being that after one year, he would return home to purchase a new boat for himself and his father, and have enough left over for his father to live the rest of his days in comfort.

What Asher doesn't know is that someone is expecting him.

Asher is Olken, the native race of Lur.  Simple country folk, who became peasants and servants to the kingdom that was established with the arrival of the refugee Doranen people.  The Doranen are a race of powerful magicians who fled their home on the other side of the mountains and their leader, Barl, created a magical wall along the mountains and along a newly created reef along the coast, a ward surrounding the new kingdom from the outside world and the danger of her former beloved, Morgan.  The wall is held firmly in place by the subtle, natural magic of the Olken people, along with the fabrication of inland weather patterns by herself.  The creation of the wall is her undoing, however, and the task of maintaining the protection of the wall falls to her successors; ever since those times, each king's heir has had the additional title of Weather-Worker.  And as the centuries went by, the Doranen magic being blatant and strong, it became forgotten that the Olken possessed a magic of their own.

Forgotten by all, except for those members of a small secret society, and the seer, Jervale's Heir.  It is this seer who has had visions of Asher in connection with the prophecy of the Innocent Mage and the Final Days.   It becomes even more clear to her that he is the one they've been waiting for, when by chance, Asher is offered a position at the palace stables by Prince Gar.  All the signs seem to be falling into place.

Asher is surly and more than a little rough around the edges, though, and while his unapologetic honesty earns him the respect of the prince, it also may earn him some enemies.  As the year passes, Dathne becomes uncertain with the waiting whether she was correct in interpreting her visions of him.

The Innocent Mage started off a little slow, I thought, but it picked up the pace soon enough, and kind of snowballed until it ended in something of a cliffhanger (ha).  I had never heard of Miller and had heard nothing about this book, so I wasn't sure what to expect going in - most of the fantasy I've read (not including urban fantasy) have been things like the Chronicles of Narnia, the Lord of the Rings, and some D&D Forgotten Realms novels.  This one sounded good, though, and I was not disappointed.

I liked Asher.  He seems to me like someone I would probably not like that much in person, or would like in spite of myself if I knew him in person, because he can be kind of a dick sometimes, even if he's not meaning to be.  He's out of his element for the most part, though, and whether he wants to admit it or not, he does sort of have to prove himself worthy of the notice the prince has given him.  So I can see where he'd naturally have his guard up and maybe be a little abrasive.  But I suppose in the end what I have trouble overlooking in him is his sense of personal responsibility, his strong work ethic, and his unswerving loyalty as a friend.

I liked Gar as well, though I didn't expect to at first.  He's not a spoiled little rich kid (like his sister, the Princess Fane); he has a sense of humor, a great deal of tact, and a love of books and history that I certainly cannot fault him for.  The brotherly interaction that grows between him and Asher throughout the book is very endearing, but it also develops believably.

Development in the more secondary characters wasn't as complex, with the exception of Dathne - being Jervale's Heir and a seer in the Circle, she is kind of a big deal, even if none but maybe one or two of the other characters knows it.  Her inherited gifts are a great burden, one that she does not carry at all lightly, and as she feels the Final Days looming nearer and nearer, that burden becomes more strenuous.  Fane I would have liked to know better and to see more development in, but toward the end, things became a bit more complicated with her, in ways that are probably fairly predictable.

The last few chapters or so, I kind of breezed through, simply because I just couldn't bring myself to put it down after a certain point.  Miller introduces some twists that in a way I was expecting, but the manner in which they unfold was definitely not what I thought was coming.  At all.  Part of me is extremely anxious to go ahead and pick up the sequel straight away, but I have a system, so I'm making myself wait before I start reading that one.  The wait will not be without difficulty, however, because The Innocent Mage ends sort of abruptly, absolutely leaving you wanting, maybe needing, more.

Miller writes in such a way that the story felt very visual to me - I could easily see this being made into a movie or mini-series or something.

Series Info: What came before this book?  What's next?
Kingmaker, Kingbreaker
* The Innocent Mage (Book 1)
- The Awakened Mage (Book 2)

Check out my progress on the challenge(s) this book applied to: 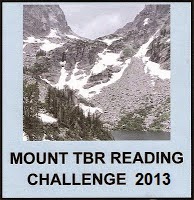