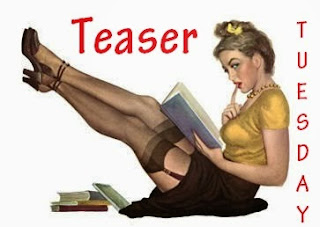 I haven't been bloggity-blogging too much lately, since I am at the point in the semester where I have a lot of papers and projects going on, but I can't pass up another Teaser Tuesday!  It's a weekly meme hosted by Miz B of Should Be Reading, and it's easy to participate:  just grab your current read and post a couple teaser sentences - be careful not to include any spoilers, though!

I know mine is going up later than I normally would have liked, but it's still Tuesday, so here it is: 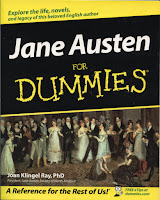 "Introduced to England from Germany in 1812, the waltz had a catchy rhythm, but it required the partners to be in close physical proximity, with the male partner's arm around the female's waist.  Four years after its introduction, the scandalous waltz was approved by England's great dancing arbiter, Thomas Wilson.  Even then, the waltz was only approved for married couples who were dancing together!" (p. 107)


Just one of many fun facts about Georgian England! So if you ever wondered why, in the books or films you never see the characters doing anything but a country dance or a reel, here is your answer! Other dances were likely too risqué.  Can't imagine what people from the Regency would think if they saw how people dance now!