Moonburn by Alisa Sheckley is the sequel to The Better To Hold You; Abra's gotten pretty used to her new lycanthropic lifestyle by now, and is sort-of-happily living with Red, the shapeshifting ginger redneck.  Still living in the house nearby are her soon-to-be-ex-husband, Hunter, and Magda - the Romanian researcher of Unwolves he left her for, who, incidentally, is also the one responsible for Hunter (and so, in turn, Abra) with the lycanthropy virus.  Abra doesn't really seem to mind being a werewolf so much, though, and enjoys working at a small veterinary practice with her former instructor, Malachy.

There are obvious downsides to being a werewolf, though; normally, Abra is just sensitive to the phases of the moon, which she keeps careful track of.  Lately, though, she has been finding it more difficult to control the change, which seems to be trying to happen well before the moon is even full.  That isn't the extent of the strangeness, though - everyone seems to know things about her condition that she isn't aware of, and Red appears to be deliberately keeping information from her.  This is not at all helpful, because she is currently finding it extremely difficult to retain some sense of control over her purely animal instincts, and has become an object of lust for every man and dog that crosses her path, which doesn't exactly help with the strain in her relationship with Red.

What's more, this turns out to be a very inopportune time for these kinds of problems in her personal life.  The small, backwoods town she lives in, Northside, is a sort of paranormal hub where the veil between the physical and the liminal worlds is particularly thin.  A new housing development is being constructed at the mountain, right in the ancient roaming grounds of the manitou - powerful spirits that were recognized by the American Indians who were native to the area, but were forgotten for the most part, over time.  Well, now they are awake and kind of pissed.  Kind of REALLY pissed.  One in particular, taking the forms of a bear/Québécois lumberjack, has come to town to fuck up everybody's day.

First off, I rather enjoyed The Better To Hold You, and likewise, I also enjoyed Moonburn.  I think I enjoyed the former just a little bit better overall, though, if I had to pick one over the other.  Don't get me wrong, this one is certainly not lacking for action of any kind, but it was sometimes almost a little too much.  But I also have a tendency to gag myself and roll my eyes at any tale of The Beautiful Girl Who Doesn't Realize That She's Beautiful Even When Every Boy Wants Her And Is Embarrassingly Obvious About It.  I do like Abra, though. She's not typical as far as heroines of urban fantasy novels go - she doesn't really kick that much ass, and more often than not, she has a tendency to want to shy away.  That makes her feel more like a real person to me, since let's face it - not everyone is some leather-clad, ass-kicking dynamo who seems to live for the moments when danger dares to present itself to her.  Some of us will do what we have to, but would really rather be home in our pajamas doing a whole lot of nothing.  The latter is more Abra's style.  She is a pretty simple lady (you know, apart from the whole werewolf thing) and I can relate to that.

Second - there is a lot of sex in this book.  And I mean A. LOT.  Werewolves apparently get it on as much as possible.  Which is nearly all the time, both as humans and when they've shifted.  Also, being naked and/or in a state of excitement (which usually ends up being arousal, even though anger will do just as well I assume) has a tendency to jumpstart the change.  So I imagine the line between normal human sexytimes and normal wolf sexytimes and bestiality is pretty fine.  Which is a little skeevy for me, but maybe it isn't really an issue, since I guess probably they'd be shifting about the same time or whatever.  At least that is what I am telling myself.  Either way, some of the intimate encounters are pretty hot if you are into some nice, modern bodice-ripping vaginal (urban) fantasy fun.  If that's not so much your thing, then probably you can skip over those bits, but seriously, there are quite a few of them so most likely you'd end up skipping over most of the book.

As far as the main dudes in the story go, I've mentioned that Hunter and Red are back, and why wouldn't they be?  But my fondness/lack of fondness for the two of them kind of balances out a bit in Moonburn.  I raged inside at Hunter in the first book because he was a complete and total toolbag, whereas Red was this caring and genuine man.  This is completely not the case anymore.  Both of them seem to have met each other in the middle, at a point somewhere between decency and douchebaggery, and that really irritates me because if there are no decent and genuine men in real life, I at least want some in fiction.  But Red is super moody through this entire book, and if I were Abra I would have been more than a little peeved (but probably also incredibly anxious about what that meant about the status of the relationship, because I'm neurotic like that).

And as for the other characters...Malachy is a total crazy and kind of a creeper, though "crazy" could be a descriptor for a majority of Northside residents, to varying degrees.  Pia seems sweet but has a lot of stalker potential.  For some reason, I pictured her looking a lot like Alice Cullen from the Twilight movies.  I think it was the mention of a pixie-style haircut.  I kind of hope there will be a third book written, just because I would be very interested in finding out more about Magda's brother Grigore.  He seemed rather fetching.

Series Info:  What came before this book?  What's next?
Abra Barrow
- The Better To Hold You (Book 1)
* Moonburn (Book 2) 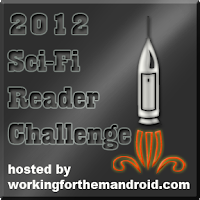 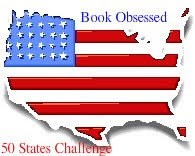